Glendalough is not only a stunning glacial valley and lake formation, but it provides one of the most intact reminders of Ireland’s sacred and scholarly past.

Taken alone, Glendalough’s breath taking landscape is a wonder in its own right. Vertiginous valley walls frame a crisp clear lake. The surrounding lands are home to Powerscourt and Glenmacnass waterfalls and numerous walking trails lead around the peaks of the adjoining uplands. From any number of summits, hikers can take in views of the lakes and mountains, out to Dublin bay and beyond. We are lucky in Tomkins to live close to such beauty, appreciating it all the more as global travel was curtailed in recent times.

But Glendalough is also home to a monastic “city” settlement dating from around 600 AD, by St. Kevin. His fame as a holy man, and occasional hermit (the original Irish self-isolator!) attracted many followers. The settlement survived in some form for over a thousand years, becoming a place of pilgrimage and housing many scholars, and artists. The settlement is home to a number of workshops, chapels and dwellings, however the centrepiece is undoubtedly the “Round Tower”, an imposing stone structure rising to 30 metres in height. Given that it was built sometime in the 1100s, the tower is in remarkable condition. It is believed to have served as a landmark for the surrounding area, a store for food and on more than one occasion as a refuge for protection from marauding attackers – both for precious artworks, and also for the residents. At Tomkins, we believe in equally protecting all that is valuable to you in the field of Intellectual Property - think of us as your IP Round Tower – Supporting Greatness. 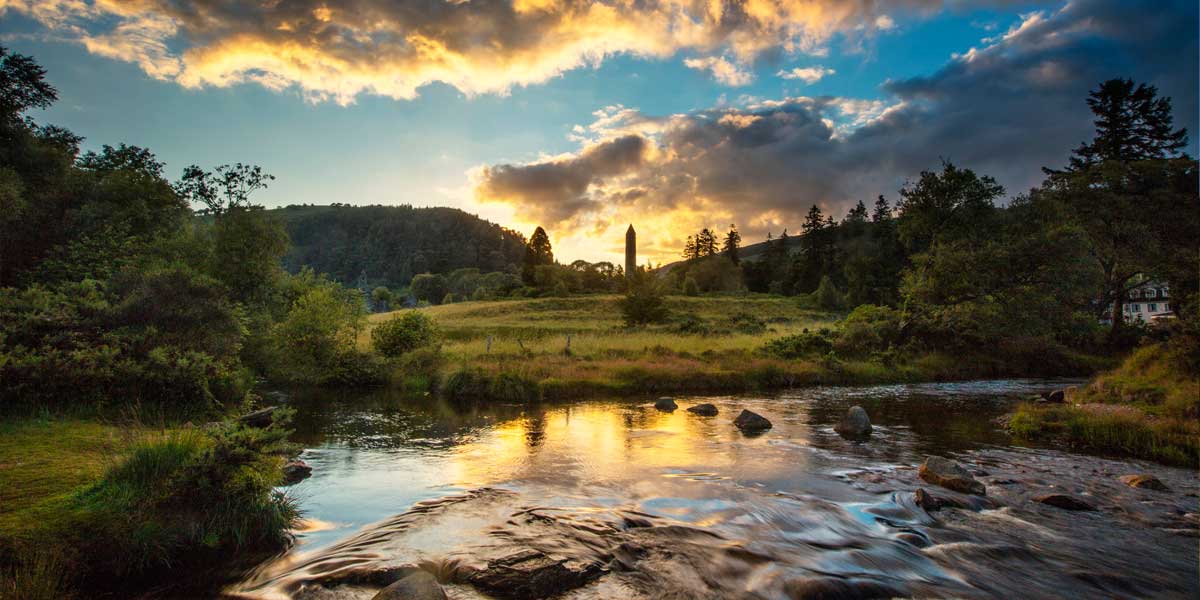